Kenny Tete parks his car at sports complex de Toekomst and immediately starts taking pictures with his smartphone of the logo on the main building. It is summer, the sun is shining brightly on the white exterior of the building. “I haven't been here since I left, but things have changed, I see. It's nice to be back here.” His eyes widen with a broad smile on his face. In the meantime, he walks towards the main stand next to field one. It’s time to chat about his own time at Ajax.

In the Tales form teams past section, we look back with Kenny Tete on his youth experience at Ajax. In the youth academy, Tete played often with Riedewald, Ricardo Kishna and Sheraldo Becker, among others in the B1.

When he has found his seat, Tete begins to talk about how he was as a young lad. "I had a bit of a big mouth as a kid and often got into trouble because of it. I always had to have a rebuttal, especially when I hit puberty. In that way, I am a real Amsterdammer."

Tete is nine years old when he is scouted for Ajax. He had previously been rejected at the Toekomst at one of the Talent Days in which he had participated. “To be able to play football for Ajax as a nine-year-old boy was the best thing for me. At first, I was never really into football, but from the moment I realized that I was pretty good while playing football on the street, I hoped that I could one day play for Ajax. I cried a lot when I was not selected at the first talent day.”

Early years Ajax
The former Ajax right back began at the U9 level team with coach Patrick Ladru. Football was the activity, but it was there that he formed some of his most important friendships. In those years at Ajax, Tete often plays with the same guys, with whom he still keeps in touch with today.

"Of course, there was Sheraldo Becker, who I was always with. Later on, Queensy Menig and Djavan Anderson joined, who I was also very close to. Danny Bakker, Django Warmerdam, Jaïro Riedewald often played above their age and I became very close with them too. I still have a lot of contact with those guys, especially Riedewald, Becker and Anderson are guys I still talk to often."

The Amsterdammer is full of praise when speaking about his first years in the youth academy at Ajax. "I have only good feelings about my youth at Ajax. Everything was well arranged; from training to school. I was able to develop really well here and it has made me the man I am today. Growing up in such a multicultural environment was been very good for me as a young lad." 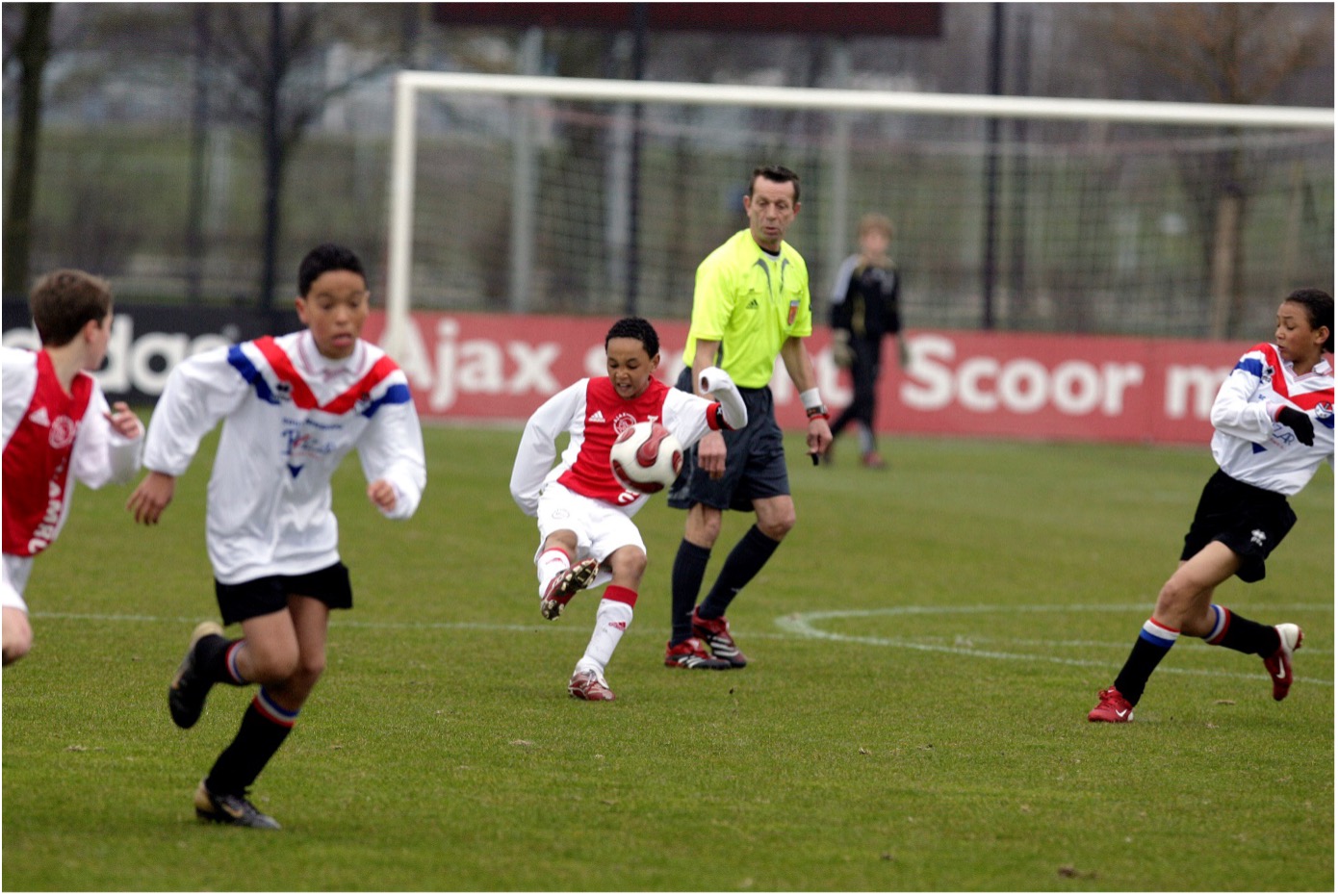 Favorite team
Tete makes it to the higher levels of the youth academy and encounters new -now familiar- names as teammates. In the A1 and B1 in particular, the fullback enjoys the quality around him. "Those were really good teams. I quickly joined up with the generation of Davy Klaassen, Stefano Denswil, Viktor Fischer, who are actually slightly older than me. In terms of guys my own age in B1, I played with Riedewald, Anderson, Menig, Becker, Elton Acolatse, Kishna and Branco van den Boomen. That team was really good and we were also champions." 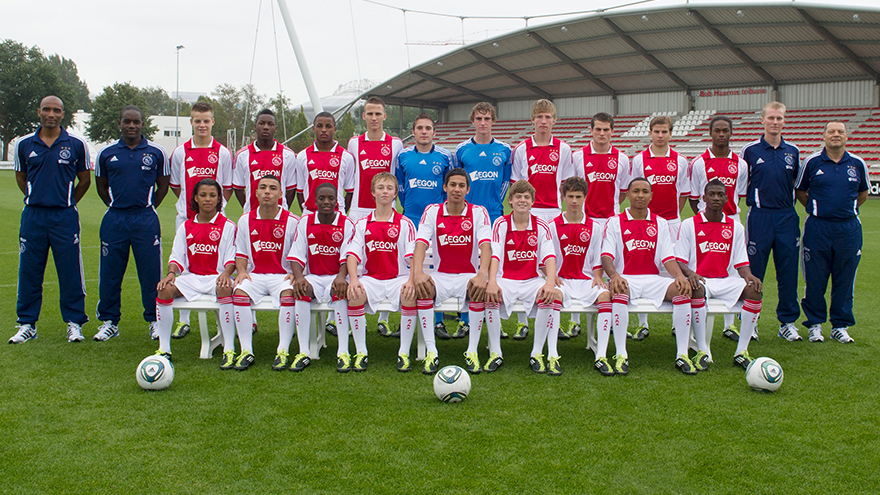 His period in the B1 team is also characterized by personal success. "This was also the year I was offered my first contract, which made it special. In the C1 I suffered from muscle pain for a year and a half. Sometimes I played and the other times I didn't."

The former Ajax #2 says that he had to do his best to stay at Ajax and move on to the B1. "When I played in the B in my first year, I was going through puberty and I didn't really know what I wanted. I asked myself if football was my future, because of this I played less and became a bit lazy. Then I had a conversation with my coaches and was told that if I continued like this, I might not play at Ajax the next year."

"That was a wake-up call for me, which made me step up my game. I was able to show my quality and managed to just make it to the next level. So, the following year I was allowed to go on to the B1, where I went full throttle again. I was then offered my contract fairly quickly."

Best memories
Ultimately it is Frank de Boer gives Tete the chances to play for the first team. Under Peter Bosz, he becomes the first choice at right back. In the year before his departure, he plays a bit less. Nevertheless, in the 2016/2017 season he has one of his best years at Ajax.

"That was the year of the Europa League campaign. That was really great, too bad I didn't play in the final. I would also like to return to Ajax one day. After all, it is the place where I have played football for 11 years and where I have experienced many beautiful moments. I have so many memories here, this is my club, this is my home. There have often been times when I could go to another club in the Netherlands, but I would never do that, because this is just my club and my city.”

'You get what you deserve'
But at the moment, Tete is in his place in London with Fulham who have just been promoted to the Premier League. "I don't necessarily need to leave. I am happy and my family is happy too. I firmly believe that you get what you deserve. First, train well for a week and then play a good match. Then do that for a month. Then I know that things can come your way." 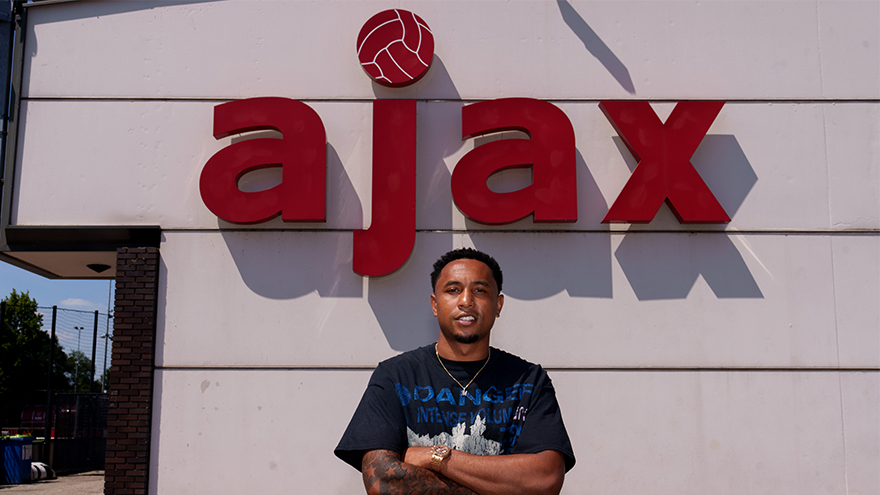 Tales from teams past | Hedwiges Maduro: 'In the U18s, I learned the most as a football player'

At the age of sixteen, Hedwiges Maduro already had the opportunity to go to Valencia, but, after consulting with his parents, chose to stay in the Netherlands for a while longer. He ended up joining Ajax's youth academy’s U17s side and was captain for several seasons before eventually becoming champion with the U18s under trainer Danny Blind. "In that season in with the U18s, I learned by far the most as a football player."