Misha Salden will work for FC Sharjah in the United Arab Emirates on behalf of the Ajax Coaching Academy. We spoke to him about his choice, the challenge that awaits him, and the cultural differences. "You end up in a completely different world."

The Ajax Coaching Academy shares the Ajax training philosophy with clubs, coaches, players and interested parties. The focus is on training and inspiring talented players and coaches at home and abroad.

Salden, who has worked at, among others, AZ, Haarlem, SC Telstar and FC Volendam, joined Ajax's youth academy in 2019 as a coach. "I have always had the ambition to one day work abroad. When I started at Ajax at the U13/U14 level I knew that the club offered these opportunities through the Ajax Coaching Academy."

The 48-year-old coach moved to the U15/U16 level after one season. "After three years of training Ajax youth, I indicated in December that I wanted to go for a foreign adventure. That arose from my drive and ambition to always work in a different culture. I then took that leap without knowing if anything would come my way."

After some talks with the Ajax Coaching Academy, Salden decided to stay at Ajax and make the switch from the youth academy to the Coaching Academy and see what was possible. "We talked about what I wanted and my options. Then, the ACA came to me a little while ago to ask me to become the head of youth academy at FC Sharjah and my ambition became concrete." 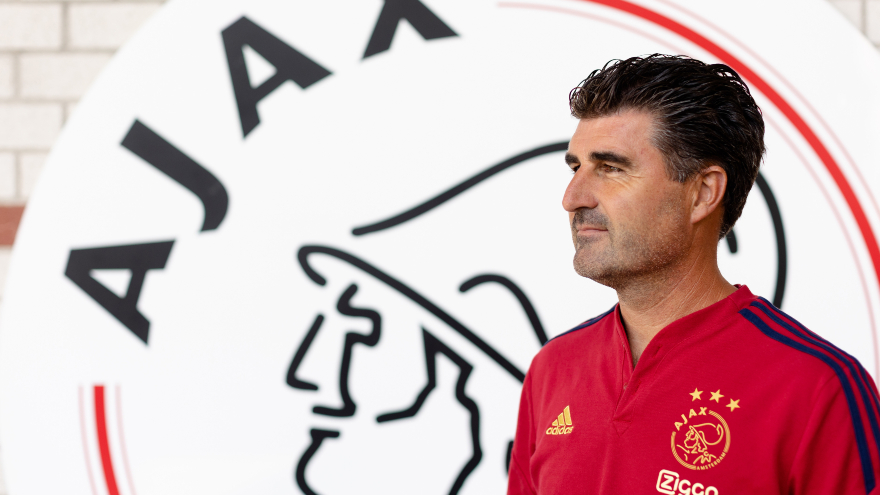 Salden was given the opportunity to watch FC Sharjah in the United Arab Emirates for a week. "After I accepted the challenge, I went there for a week to get to know and experience everything. That was very good for my understanding. In addition, three colleagues are already there, they also gave me the necessary information."

During the visit, Salden spoke with the president of the club and the board members about their expectations. "As the ACA we have a task there: to take the cooperation with FC Sharjah to a higher level. Hearing how they talk about Ajax, Cruijff and total football is very nice."

The greatest responsibility that Ajax has at FC Sharjah is the training and development of coaches. "It's about educating top talents and local coaches according to Ajax's vision in order to eventually become the best youth academy in the Emirates." According to Salden, they are on the right track. "The feeling is that, they belong to the top five, although I find it difficult to make that estimate now. There is so much possible that it is important to keep developing everything and everyone there. Our work won’t necessarily be seen in only 2 or 3 years, but rather pay off in the long run. That's the goal." 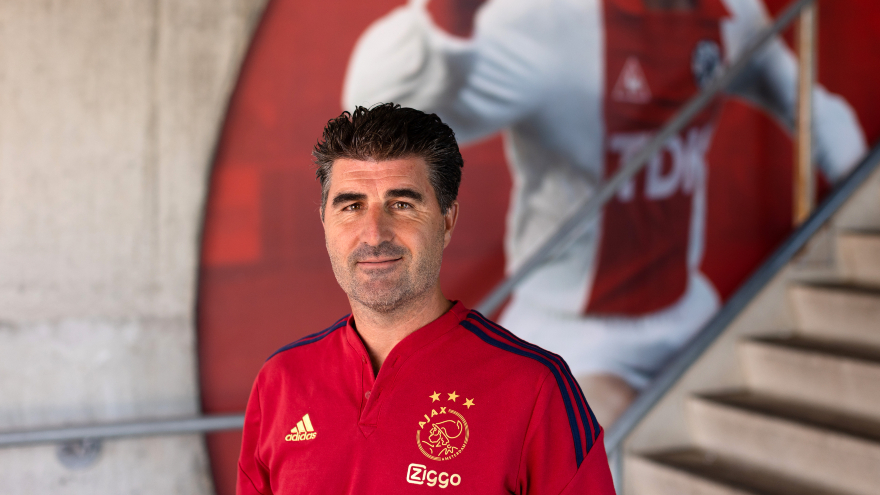 "You end up in a completely different world," Salden said about the differences with the Netherlands. "The car is central there and bicycles are not used. It's so hot out there that you really can't go for a walk whenever you want. You go from air conditioning to air conditioning," said Salden.

At Ajax, the youth players at the Toekomst also attend school. That is not possible at FC Sharjah. "In the Emirates there is no such cooperation with the schools as in Amsterdam. As a result, it is not possible to train in the morning. Perhaps that is something they do want in the long term to allow players to develop optimally. The focus in terms of training times here, partly due to the weather, is on the afternoon and evening."

Together with his wife, Salden made the choice to go to the Middle East. "She had the intention from the beginning to go abroad. Two of my three children still live at home and are fully engaged in their studies. They continue to live in our house. It is a conscious choice of mine and a wish that I have had for a long time. Everyone in our family knew this was going to happen one day. Fortunately, the distance is now 'smaller' because of social media and the flying possibilities. This opportunity was no discussion for us."

Salden signed for one year and will head there in the second week of July to start. "We'll see how everyone feels during the season. In any case, I'm really looking forward to it."

Ajax is excited to announce an exclusive partnership with Only4stars to start a Private Academy in the United Arab Emirates. The academy will be built with one goal in mind: accessible youth development. The six year partnership will focus on training youth football players according to the Ajax philosophy, by three resident Ajax coaches. This partnership comes after Only4stars successfully commenced a partnership between Ajax and Sharjah F.C. in April 2020.

Ajax lost the second pre-season friendly on Saturday afternoon, 5-2. Following a great first half in which Mohamed Ihattaren took care of the goals for Ajax, a mostly young team fell through the ice in the second half.

Schreuder: 'There is a lot of potential in this squad'

On Friday afternoon, at 14.15, Alfred Schreuder took his place behind the microphone in De Lutte for his first press conference as the head coach of Ajax. Erik ten Hag's successor looked ahead to the new season. "We will continue on the path that the club took 4.5 years ago."