In the run-up to the return leg of the Round of 16 in the UEFA Champions League against Benfica, Erik ten Hag and Sébastien Haller were present for the press conference. They looked ahead to the clash with the Portuguese side.

Ten Hag highlighted what is an important week ahead, "It is indeed an important game. Logically, we will focus on the next match against Benfica. Then we will look further."

In Portugal, the first game ended in 2-2. But does ten Hag expect a difference Benfica this time? "I don't think so, but I also mainly look at ourselves. The result in Lisbon certainly offers perspective, but then we have to do several things better. If that happens, we have a chance."

Ajax have struggled in their recent matches in the Eredivisie. However, that does not affect their confidence heading into tomorrow night. "It's simple. In 2022, as a whole, we are doing well. For example, look at the victory in the cup at AZ and the result in Lisbon. If tomorrow's game is a bit better than the previous matches in the league, I have confidence in a good result. We have to be very good tomorrow, especially on the ball. Making better choices and being accurate, if we do that we can dominate the game and reach a very high level," ten Hag said.

Last Friday, Ten Hag was without Edson Álvarez in Leeuwarden, among others. The Mexican is back for the Champions League. "We have a fully fit squad." Lisandro Martínez, who was suspended against Cambuur, is also available once more. Together with Jurriën Timber and Álvarez they form an important triangle within the team. "They are part of the whole and they compliment each other well. They play in the center and have the quality to reinforce each other," he said. 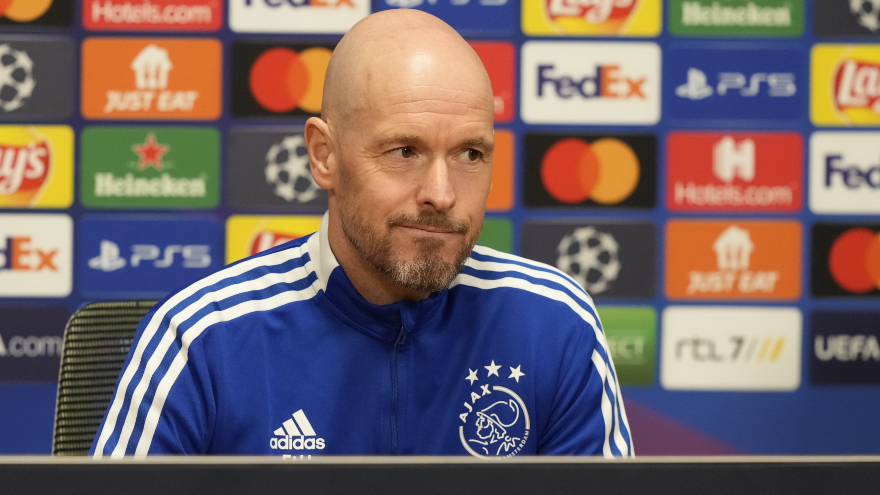 Sébastien Haller is looking forward to tomorrow's game against the Portuguese side and is confident enough. "It will be a great match. Benfica also likes to attack and plays a bit like us. Looking at myself, I'm happy right now. I score a lot, I am important and I can help the team."

Robert Lewandowski’s hattrick last week puts him on twelve goals in the current Champions League season. Haller has eleven so far. "It's no surprise that when you have to compete with such players you have to score every game. I hope I can score a goal, I will try. Although reaching the next round is the most important thing."

Both Ten Hag and Haller are looking forward to a full Johan Cruijff ArenA tomorrow evening and expect a great atmosphere. "The public will be behind us tomorrow. If the interaction is good and we bring quality to the field, then that should yield a result," ten Hag said. Haller fully agrees. "The atmosphere brings something extra. Not only for us, but also for our family and friends who come. It gives energy. The Champions League is the highest level for clubs, we want to succeed tomorrow."

Finally, Ten Hag was briefly asked about the appointment of Klaas Jan Huntelaar. The trainer is satisfied with the arrival of his former striker. "It is good to fill the post. He has done well and he can contribute immediately. In addition, the players are happy with it. Klaas Jan brings energy to the position and we can use that in this phase of the season." 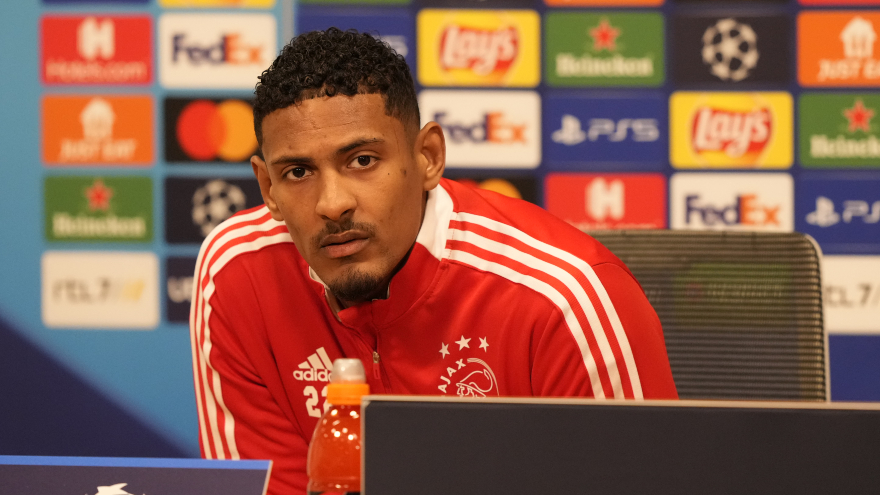 Ajax made things difficult for themselves on Friday evening against SC Cambuur. Erik ten Hag’s team were 2-0 up at the half but gave that lead away before Ryan Gravenberch scored a stunning goal to seal a 3-2 victory.

Ajax have hired Klaas Jan Huntelaar. The former top striker will be added to the club’s technical staff.

Ajax sealed an extremely important victory in Leeuwarden on Friday evening. The Amsterdammers won 2-3 against SC Cambuur. Ajax led 0-2 at the break after a dominant first half thanks to goals from Dusan Tadic and Sébastien Haller. In the second half, the lead disappeared, but Ryan Gravenberch delivered his side all three points in the closing stages with a stunning goal.