With the transfer of Lisandro Martínez to Manchester United, Ajax is saying goodbye to a highly valued member of the team after three seasons. In his first season in Amsterdam, the 24-year-old Argentine mainly featured in midfield. Eventually, though, he flourished as a center back in Amsterdam. The Argentinian international became a true crowd favorite at the Johan Cruijff ArenA, thanks in part to his South American temperament and fighting spirit.

Martínez developed enormously over his three seasons in Amsterdam. The 24-year-old Argentinian joined Ajax from the Argentinian club, Defensa y Justicia on July 1, 2019, and ultimately exceeded the expectations of the Ajax supporters. Driven, loyal and tough as can be. These three concepts characterize Martínez as an Ajax player.

He played his first match in red and white on July 27 2019. With a 2-0- victory against PSV in that match, the Johan Cruijff Shield, Martinez won a trophy in his very first outing for the Amsterdam side. It was not all sunshine and daisies for the Argentine, though. In his first season, Martínez often played in midfield under coach Erik ten Hag, who later in the season left him out of the starting eleven.

Resilience
After the 2019/2020 season, which ended early due to the coronavirus outbreak, the Argentinian international secured himself a starting spot in the preparation for the new season.

The 2020/2021 season was extremely successful for Martínez. Foundations were laid for the strong partnership that he formed for two seasons with Jurriën Timber at the back. The two were complementary to each other and the 24-year-old Argentinian was able, partly thanks to his speed and dueling power, to help the young Dutchman earn his stripes in the Ajax first team.

With the help of his friend Edson Alvarez, Martinez was able to start to feel more at home in the famous Dutch city. The two South Americans were always there for each other. "If it hadn't been for Licha when my family couldn't be here, I would have definitely gone back to Mexico," said Álvarez. In the end, Ajax finished the season as champions with an excellent contribution from Martinez.

Ajax Player of the Year
Last season, the Argentine left-footer continued his upward trend. With very solid defensive performances, Ajax remained unbeaten in the group stage of the UEFA Champions League in the 2021/2022 season. Martínez showed his class several times on the biggest stage in Europe. The South American may have played his best match for Ajax at the Johan Cruijff ArenA against Borussia Dortmund. He helped to keep Erling Haaland silenced as Ajax ran away 4-0 winners on the night.

Martínez was also extremely consistent in the Eredivisie. The 24-year-old center back stood out both defensively and offensively. He had a passing accuracy of 92%, with 89% accuracy when playing the ball forward. Defensively, he managed to distinguish himself in his dueling power. Of the Eredivisie players who had over a hundred duels last season, the Argentine powerhouse won by far the most confrontations with opponents with a percentage of 69.2%.

After winning the 36th league title, the Argentinian was once again put in the spotlight. After the last home game of the season, he received the 'Rinus Michels trophy' as 'Player of the Year'. 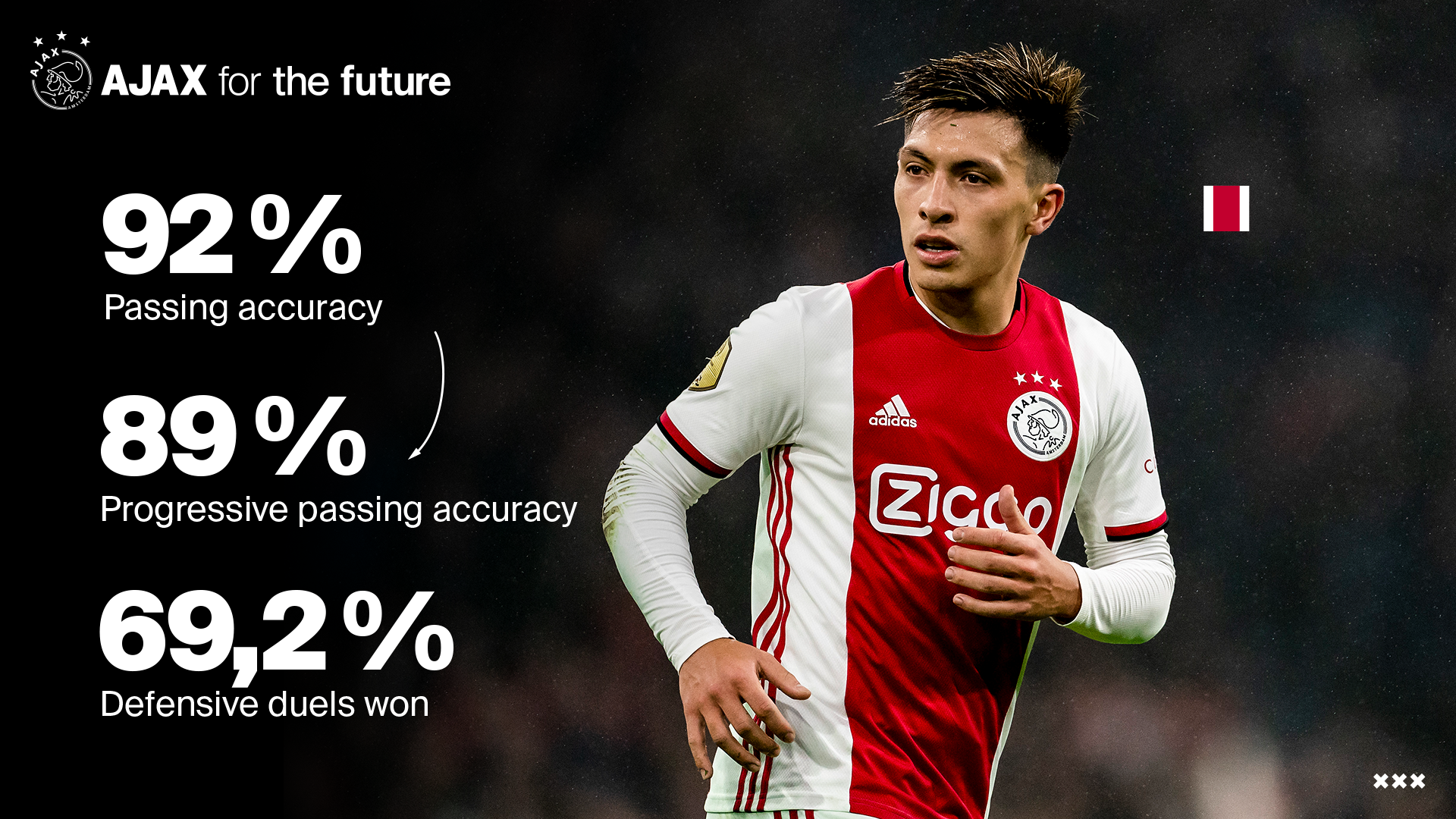 Ten Hag
The switch from Martínez to Manchester United means that the Argentinian will be reunited with Ten Hag in England. The former head coach has secured his desired reinforcement in the heart of the defense with the Argentine left-footer. Ten Hag supported Martínez during his Ajax period and was always pleased with his efforts. "He is a warrior who can play football very well," said 52-year-old about his new signing in Manchester. 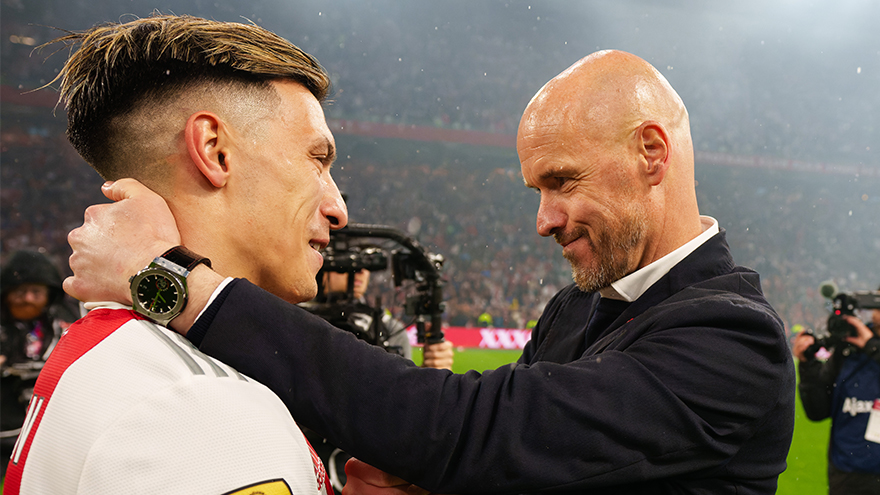 Gracias Martínez
Martínez says goodbye to Ajax after 120 official matches, in which he scored six goals and provided six assists. The Argentinian reached 74 matches in the Eredivisie and thirteen matches in the cup . He was also present in two matches for the Johan Cruijff Shield. He featured 31 times in European competitions for Ajax.

Ajax and Manchester United have reached an agreement for the transfer of Lisandro Martínez. The transfer is still subject to a medical examination and the contractual agreement of both clubs with the player. The defender is still under contract with Ajax until June 30, 2025. Ajax agreed a transfer fee of € 57.37 million with the English side. That amount can increase to € 67.37 million through variables.

Player of the Year: Martínez

Lisandro Martínez was named Player of the Year on Wednesday. The Argentinian succeeds Dusan Tadic, who won the award last season. The winner of the Rinus Michels Award each year is chosen by the supporters.

Martínez: 'I don't see anything during the hymn'

Lisandro Martínez gives us his inside perspective on the Champions League experience. He describes his feelings as he walks onto the pitch, during the hymn, and the chants of the fans behind him.