Davy Klaassen is looking forward to Sunday's Klassieker. The midfielder expects a great match and realizes that Ajax will have to be at their best in order to win.

Klaassen looked back last week’s loss to AZ, where Ajax didn’t impose themselves well over ninety minutes, "We didn't invest from the start, only to be able to get something out of it later. And when we concede both goals, we don't do our job, that's something we have to keep working on."

Klassieker lives on
Ajax and Feyenoord are even on points in the league table, which promises for a Klassieker with a cutting edge, "The competition is always very lively, but it is really about something concrete now. I am really looking forward to it."

For Klaassen's teammate, Steven Berghuis it is the first time that he will play in the Klassieker as an Ajax player. "Of course you talk about it and make jokes about it," said Klaassen. “Without the fans, it is all a bit calmer. Now, he just plays against his old teammates, but it will still be special for him." 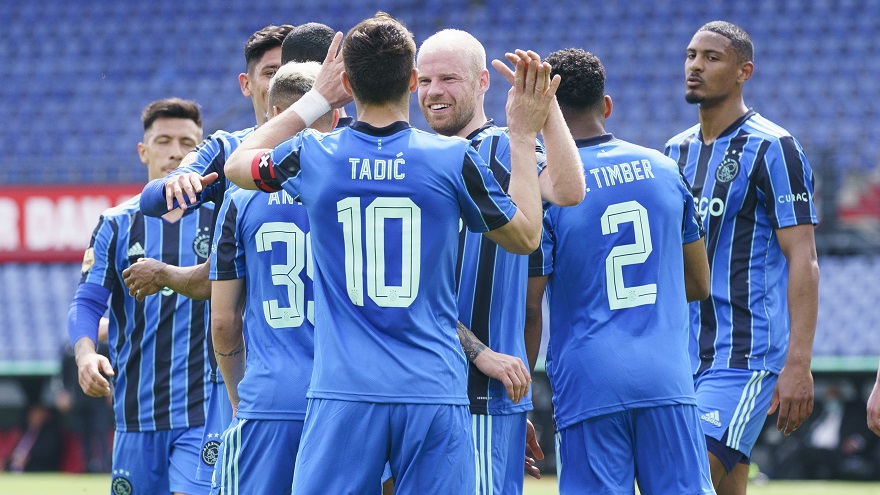 Klaassen does not necessarily see the fact that Feyenoord will be without their home support at the Kuip as a special advantage. "Every match without an audience is a big disadvantage, whether that is in De Kuip against Feyenoord or in the Johan Cruijff ArenA against Barendrecht."

The Dutchman is ready for the fight in Rotterdam. He realizes that it could be a tough match "I expect a real spectacle. Feyenoord is a much better team than last season. We will have to show that we are better."

Ajax reached the round of sixteen of the Dutch Cup on Wednesday evening after a 4-0 victory against amateur side, Barendrecht. Erik ten Hag made considerable changes to the starting eleven and gave three players make their debut. One of them even ended up on the scoreboard after a good penalty.

This is how the new boys look back on Ajax – Barendrecht

Amourricho van Axel Dongen, Youri Regeer, and Kristian Hlynsson made their debut in the second round of the Dutch Cup against BVV Barendrecht, with the final score at 4-0. The experience made for some nervous excitement. "Butterflies in my stomach."

The AFC Ajax NV Supervisory Board is set to extend financial director Susan Lenderink’s contract until June 30, 2026. This is subject to the applicable procedure, whereby after the Special General Meeting of Shareholders, Lenderink can be reappointed by the Supervisory Board for the new term. Lenderink's current term runs until November 2023.