Steven Berghuis played his first minutes in the Johan Cruijff ArenA on Wednesday evening. The reception he received from the supporters visibly had a positive effect on him. The Dutchman played the first half on the right wing and did so quite well.

"It really did not disappoint", Berghuis says about his unofficial ArenA debut and the fans’ enthusiasm. "I was not nervous in the morning, but I was curious how it would go. In the end, I was not disapointed. I am grateful to the fans for that. In any case, it helps me out."

It was not only before the ball was kicked that Berghuis was received well. Every touch that the winger had on the ball generated positive support from the stands. "In the game you don't pay attention to that," Berghuis continued, shortly after the 4-0 victory over Leeds United. "You are really focused then. But before the game you notice it." 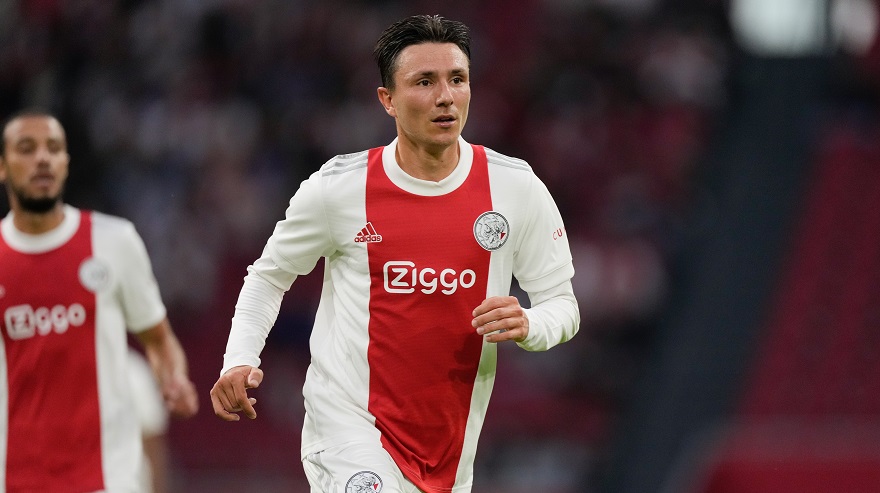 Berghuis was satisfied with how his first evening in the ArenA went as an Ajax player. He was, however, critical of his game. "I still have room to improve. I’m getting better and it is now up to me to pick things up quickly." The Dutchman concluded, "The great thing about a team sport is that you want to achieve things together. I want to contribute to that.”

The battle for the Johan Cruijff Shield on Saturday evening offers Ajax the chance to secure their first trophy of 2021/2022.

The doubleheader with Leeds United yielded a double delight for Ajax on Wednesday. After a young, talented Ajax had already beaten the English side 3-1 in the afternoon, the main event also resulted in a resounding victory for the Amsterdammers. Under the watchful eye of about 25,000 supporters in the Johan Cruijff ArenA, the first team won 4-0. The goals came from Davy Klaassen, Perr Schuurs, Ryan Gravenberch and Danilo.

Ten Hag: 'We will work extremely hard to be ready to fight'

On the final day of the training camp in Austria, Erik ten Hag sat down to discuss the week went, as well as what’s coming up with the start of the season. Although there’s much that has already gone well, there remains a lot of work to be done.

On a day that was overshadowed by terrible news about Noah Gesser, Ajax played a friendly in Austria against RB Leipzig. The game finished 1-1 partly thanks to a quick goal by Dusan Tadic.