The international Court of Arbitration for Sport (CAS) has made a ruling appeal in the case of Andre Onana versus the UEFA. The goalkeeper was previously suspended for twelve months by the European football association because of a violation of the doping rules. The CAS has now determined in appeal that the suspension will be reduced to nine months.

The suspension shall now end 4 November 2021 and up to that time, it covers all football activities, both national as international. The goalkeeper is allowed to restart his training two months before the end of the suspension which will be on 4 September 2021. Onana has a contract with Ajax that runs until 30 June 2022.

During a four-hour online session on 2 June Wednesday morning Onana told his side of the story to three arbitrators of the CAS and was assisted by his lawyers and Ajax. In this session the CAS was asked not to impose a penalty or a considerably shorter penalty than the twelve months that was previously imposed by the UEFA.

The position of the UEFA was unchanged. The European football association wanted the CAS to stick to the twelve months suspension. 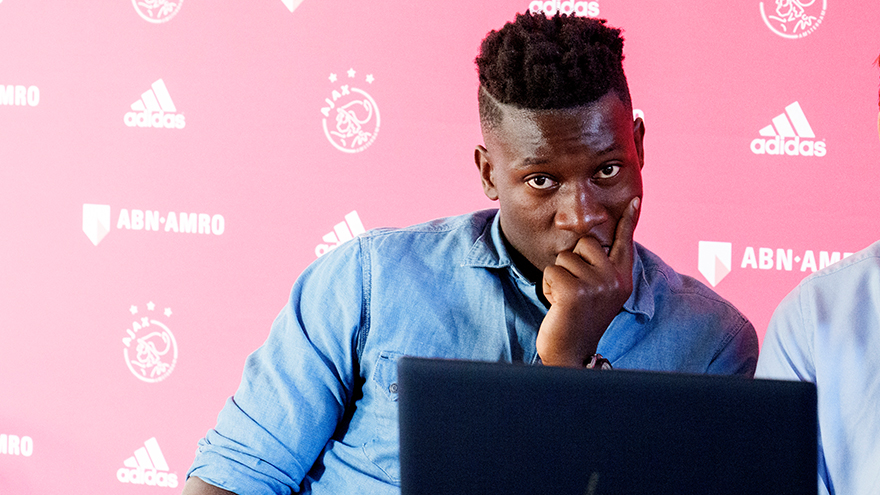 During an out of competition check on 30 October 2020 the substance Furosemide was found in the urine of the goalkeeper. He was found positive after a doping test because he by accident had taken some pill belonging to his wife when looking for some aspirins. That pill contained the forbidden substance.

Edwin van der Sar: "With this ruling of the CAS we have won three months in comparison to the initial suspension. So it was worth it taking this case to the CAS. We stand for a clean sport. By I will say again that we are convinced that Andre has taken this substance by accident and certainly not to perform better."

"This is endorsed by all parties, also by the UEFA as is to be concluded from the cases both by the UEFA and the CAS."

"When we told our story, together with Andre and the lawyers tom the CAS, I drove off from The Ajax Academy with a good feeling. I have mixed feelings about today’s verdict because our aim was that he would be back playing games this summer."

Andre Onana had the chance to tell his story to three arbitrators of the Court of Arbitration for Sport (CAS) during a four-hour online hearing on Wednesday morning. The goalkeeper was assisted by his lawyers and by Ajax.

The first reaction of general manager Edwin van der Sar to the news that goalkeeper Andre Onana has been suspended for twelve months by the disciplinary body of the European football association UEFA after the discovery of a doping violation. Ajax and Onana are appealing against the penalty at the Court of Arbitration for Sport (CAS).

Clip | This was our season!

After a season scarred by Covid-19 and the absence of our fans, it's time look back. Enjoy the 2020/2021 season in this short clip!