Erik ten Hag was fairly satisfied following the 2-0 win at Heerenveen. He saw how Sébastien Haller made it 1-0 in the first half. David Neres brought the match to a close by heading in Ajax's second goal.

"We play again Tuesday. This match gives us confidence, but the confidence may have gone a bit too far. We had the totally wrong attitude when we played FC Utrecht. You can't afford that against a team like them. FC Utrecht certainly took advantage, but we really needed to take a good look at ourselves in the mirror." 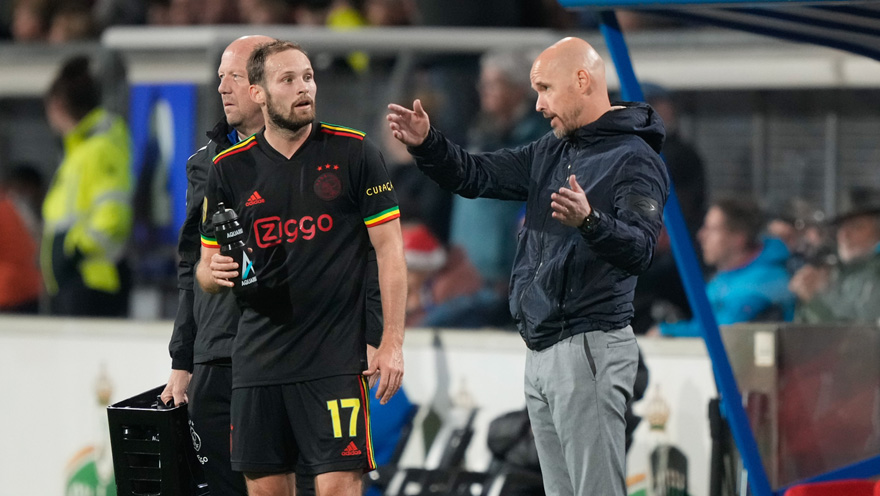 The trainer was also still critical about the clash in Friesland. "We let two counter-attacks slip by. In the second half our midfielders were way too far forward, leaving our midfield open." The trainer intervened after more than an hour of play by bringing on two substitutions. "I sorted that out by bringing on Lisandro Martínez, putting Jurriën Timber into midfield and moving Ryan Gravenberch forward."

In the end, Ten Hag was pleased that substitute Neres made it 2-0. "I was delighted with that. We expected more from him against FC Utrecht and we had words. And you could see today how that translated. He was always on point."

Ajax won 2-0 playing away against sc Heerenveen. Goals were scored by Sébastien Haller in the first half and substitute David Neres in the second.

On May 15, 2011, Ajax claimed their thirtieth league title in club history and with it the important third star above the badge on the Ajax kit. In a swirling ArenA, Frank de Boer's team was too strong for FC Twente on a wonderful Sunday afternoon in May. With key players like Siem de Jong, Gregory van der Wiel, Jan Vertonghen all being led by coach De Boer, we look back on that memorable season.