On Tuesday evening at the Signal Iduna Park Erik ten Hag and Ryan Gravenberch were looking ahead to the upcoming clash with Borussia Dortmund in the UEFA Champions League. Immediately before the last training session in Dortmund both were expecting a strong and revenge-focused opponent.

The - certainly from a European perspective - major defeat in the ArenA will give Dortmund extra motivation to come out on top in their own stadium. "We played really well at home against Dortmund and they are an exceptionally good team. Dortmund didn't like the fact that they lost 4-0", Ten Hag opened his preview with a warning tone. "We need an answer for that."

What will the Germans do differently to last time they were in Amsterdam? Ten Hag: "They won't let us have the ball so easily any more. And so we will need to do more to get the ball and keep it." 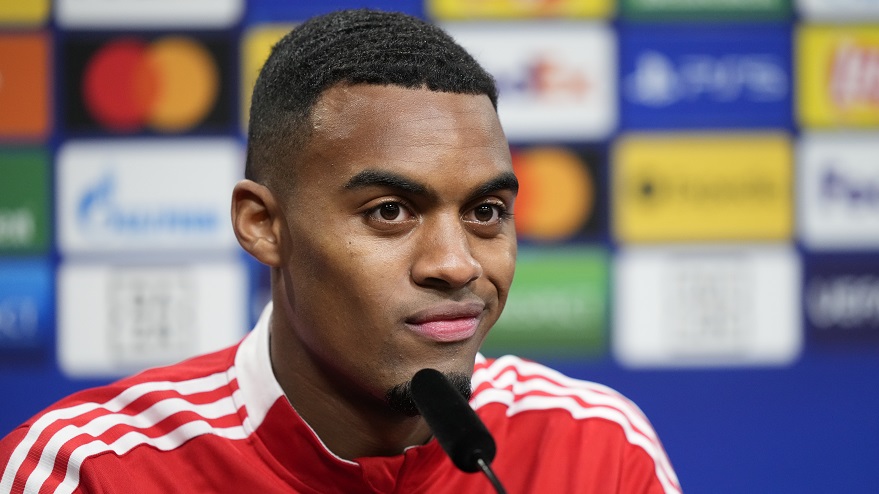 Gravenberch to expects a reaction from the revenging Germans. "I think that Dortmund will be eager. Tomorrow could be a completely different game", stated the midfielder in his preview of the upcoming match.

'From one to ten'
How much enthusiasm did the midfielder actually have for the return match with the Germans, on a scale from one to ten, a journalist wanted to know. "Eleven", answered Gravenberch drily.

After the press conference at the Signal Igunda Park, Erik ten Hag quickly made his way to the main field in the stadium for a final training session with the selection in the run-up to Borussia Dortmund – Ajax. With a win in Germany, the team will qualify for the knockout phase of the UEFA Champions League.

Ajax sets off to Dortmund with these 23 players

Ajax has departed for Germany with a 23-man selection for the UEFA Champions League duel with Borussia Dortmund. Noussair Mazraoui and Zakaria Labyad missed last Saturday's Eredivisie match against Heracles for medical reasons, but are now back in action.

Ajax put on an absolute masterclass in the UEFA Champions League against Borussia Dortmund on Tuesday night. The Amsterdam side ran away 4-0 winners.