Blind (born in Amsterdam, March 9, 1990) attended Ajax's youth academy from the age of eight and made his debut for the first team on December 7, 2008 in the match: FC Volendam - Ajax (1-2). The left-footer was then loaned out to FC Groningen in the second half of the 2009-2010 season before he returned to Ajax. 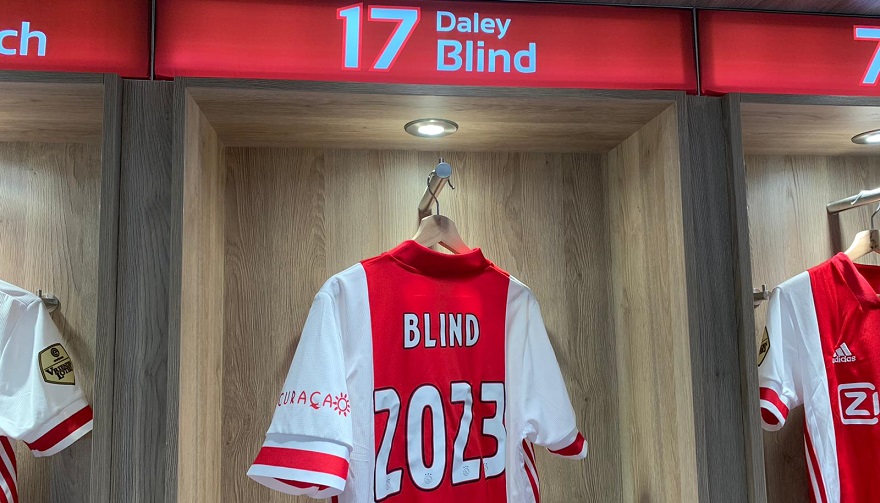 In the following seasons he won the Eredivisie four times as an Ajax player (2011, 2012, 2013 and 2014) and also won the Johan Cruijff Shield (2013). In the summer of 2014, he left for Manchester United. In total he played 141 official games for the English record-champions. He won the UEFA Europa League, the FA Cup, the League Cup and the FA Community Shield with the team from Manchester.

In the summer of 2018, Blind returned to Amsterdam and immediately won the double. In 2019, the man from Amsterdam also won the Johan Cruijff Shield. He has played 265 official matches for Ajax's first team so far, scoring 11 goals.