Ajax has reached an agreement with Remko Pasveer for the goalkeeper's transfer to Amsterdam. Pasveer will join on a free transfer from Vitesse, where he his contract is set to expire. He is set to sign a contract in Amsterdam that will take effect on July 1, 2021 and will run for two seasons, until June 30, 2023.

Pasveer (born in Enschede, November 8, 1983) started his career at FC Twente, after which he was between the posts at Heracles Almelo and PSV, among others. The 37-year-old goalkeeper has been at Vitesse since 2017. In Arnhem, he was chosen as Player of the Year for the 2019/2020 season and this season he reached the final of the KNVB Cup, which the losing to Ajax (2-1).

Marc Overmars: "Over the past two seasons, Remko has shown in Vitesse’s first team that he is a stable and good goalkeeper, who is good with his feet. We think that makes him a good fit for Ajax. You also see that as Remko has gotten older, he has gotten better. We also expect Maarten Stekelenburg to sign a short-term contract, which will give us a stable basis for the coming season.”

Pasveer is happy to sign as an Ajax player for the next two seasons. "It is a special feeling. Ajax is a club with a great history and a very strong squad. To be part of that is a nice reward after all these years of hard work.” 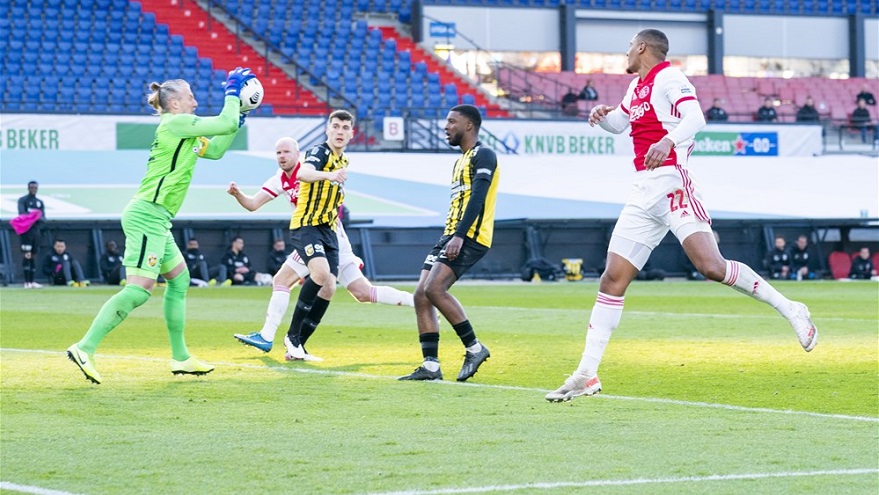 Goals from Ryan Gravenberch and David Neres saw us lift the Dutch Dup for the second time in three years and for a record-breaking 20th time in total.