Alex arrives, relaxed.  The young midfielder, who played with Dest in the U.S. Under 20s youth team, has been playing with the Ajax Reserves since last summer and is beginning to find his feet in Amsterdam. Cultural differences sometimes throw him off, however.

Alex: “I was in the supermarket last week and I said ‘Hi, how are you?’ to the cashier.  She gave me a strange look.  But that’s just the way I greet people.”

Sergiño: “Dutch people don’t do that, unless they really do want to know how you’re doing. They’re very down to earth, while Americans can exaggerate sometimes.  Everything is over the top, including their friendliness.  It can be extreme!”

Alex chuckles.  He’s in daily contact with the home front in California, if only so that his Mexican mother can help him with his cooking.

Alex: “Now that I have my own apartment, I have to cook for myself.  I’m getting better, but I still need some help from my mom.  We call each other almost every evening – when it’s morning in Los Angeles – and she helps me.” 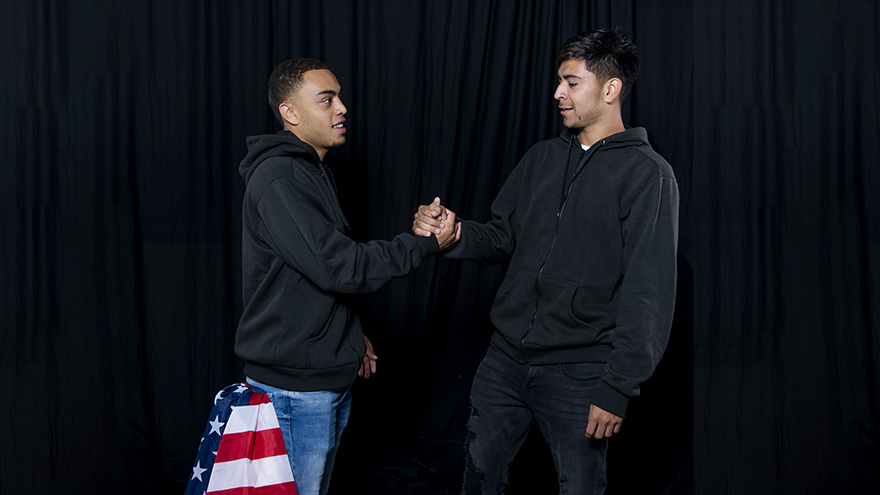 He has a close relationship with his mother, three brothers and stepfather.  Alex grew up in a tough neighborhood of South Central Los Angeles. It was rough, says Alex. But Mendez could easily avoid the ghetto life, as his passion for football kept him off the streets.

Alex: “I’ve been playing football since I was 4 years old and, when I was 9, I played in a team for the first time with the LA Galaxy. From that moment, Guillermo Barros Schelotto was my coach.  This continued until I was 18 and left for Germany to play with FC Freiburg.  So I had the same coach for almost 10 years. Do I miss him?  Of course I do.  We were close, and we still are.”

Next to him, his team mate and friend Sergiño listens attentively. There were no ghettos in his youth. Almere was the setting of his peaceful, pleasant childhood with a Dutch mother and American father at the helm.

Sergiño: “My father is from Brooklyn, but we spoke Dutch at home.  Actually, until a few years ago, my English was very poor.  I wasn’t thinking of my American roots at all, until I went to play in an American youth team.  From that moment, my English improved, and I started to feel more American.  I realized that hey, this is my nationality, too.’ Now I think it’s great to be an American as well.  It’s an asset and also, the U.S, passport is one of the best in the world." 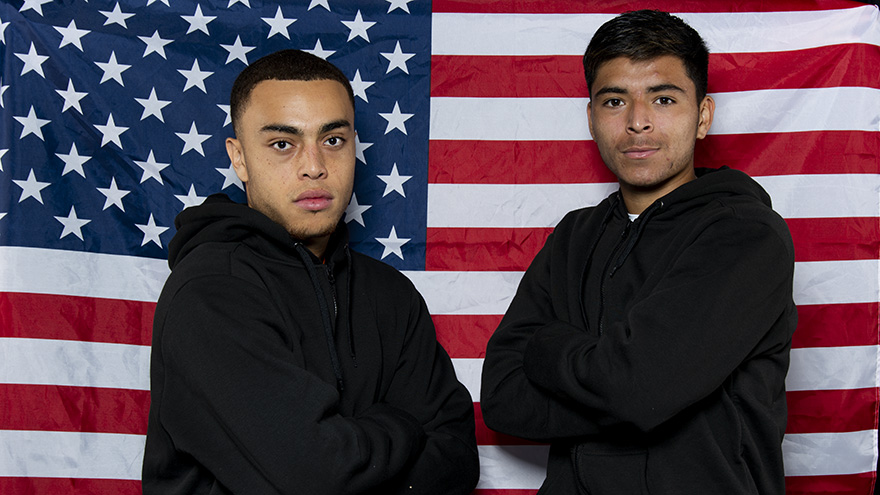 Sergiño speaks with some shyness.  He has received high praise and compliments.  So much has happened recently, and things are moving fast for the young Dest.  Not even a year ago, he was still waiting to make his debut in the Eredivisie.  Now, he’s a regular on Erik ten Hag’s squad and he had two games with an American team to his name. But as soon as Dest plays in an A interland for the U.S., it means that he will no longer be able to switch to the Dutch team.  The right back faces an important decision.  Will he choose for the Netherlands, or continue to play for the U.S.?

Sergiño: “When though of football when I was younger, it was always Ajax or the Dutch team.  Never the U.S.  But I haven’t been approached by the Dutch team.”

A bit of resentment comes through in Segiño’s words.  Is this a factor in his decision?  ‘Maybe’, he mumbles.  Dest talks about this a lot with his parents, who encourage him to think it through and make his own decision.  He also discusses it regularly with Alex.

Alex: “It’s a choice that will impact the rest of your life, and that’s really tough.  There’s a lot of pressure on Sergiño, I can tell.  That’s exactly why he should take his time to make the right decision, and not let outside opinions influence him.”

Sergiño: “What would you do if you were in my shoes?”

Alex: “I can’t tell you, man, because there’s a lot to be said for both.  It’s amazing to play in the U.S. jersey.  And you’ve also played in the U.S. youth teams, so you know what it’s about.  But on the other hand, on the Dutch team, you’d be playing with so many stars.  It’s really a tough one.”

These are turbulent times for the young Ajax players.  Not only are they faced with decisions, but the boys need to get accustomed to their new lives, new teams, and cultures.

Alex: “Walking around at Ajax is a completely new experience for me.  I find it incredible that young 7 year-old players can be so technically strong.  I think that clubs in the U.S. start individual technical training too late.  That’s why it’s hard for the U.S. to keep up with the rest of the international football world.”

Sergiño: “On the other hand, I think that the Netherlands can learn a lot from American team spirit.  In Dutch football you can often see individual quality, but in American football, it’s really about teamwork first.  That appeals to me.”

Alex: “At the same time, you stand out in the U.S. team thanks to your individual strength and technical abilities.” 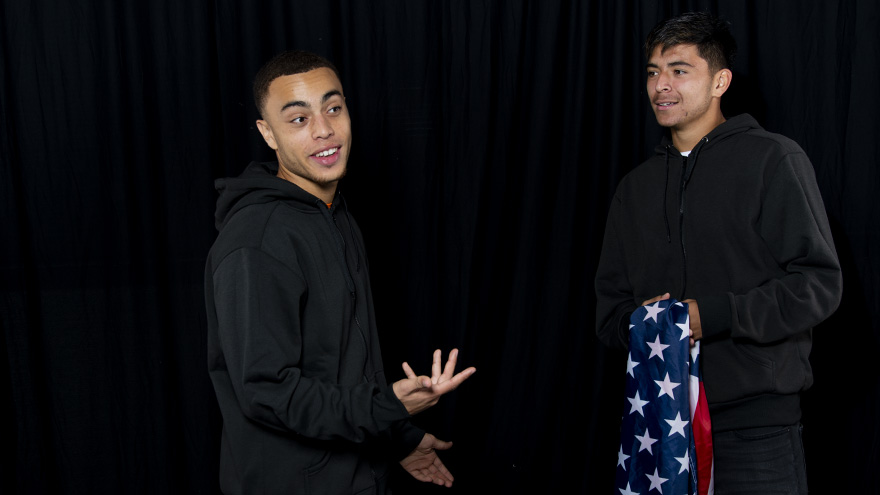 In the meantime Alex travelled to Miami for a match with the U.S. squad under 23 against El Salvador. For Dest, though, the clock is ticking. He won’t be playing for the U.S. in this interland period, but he does intend to make a decision next month.  What will the high-flier do?  For now, he is leaving everyone in the dark.  After a photo session, he excitedly walks along the fields of the Toekomst sports complex with his friend Alex. They’re not talking about life choices or identity issues.  They’re talking about holidays, locker room humor, new haircuts and nice cars.  Thank goodness.  Sometimes, it’s the only way to cope with the stress of making a choice and pressure from the outside world.