In this series, an Ajacied talks about special childhood memories from looking at photos.  In this edition, we look through the photo album of Lassina Traoré from Burkina Faso.

“This picture was taken in the locker room.  My mother was playing a match, and I was always allowed to sit with her at halftime. It’s clear that my football talent comes from her, although my father played at a high level, too. But mama was the captain of Burkina Faso’s national team, and I always thought she was the best player in the country. A true number 10, technically skilled and creative…”

'One year later, her parents were very proud, when they saw her on television wearing the Burkina Faso national team’s jersey.'

“My parents are young at heart, while my grandparents were always strict to them. For example, my grandfather had a favorite club, and when my father chose to play for that club’s rival, they didn’t speak to each other for a year. My mother wasn’t even allowed to play when she was younger. She would go out in her school uniform so that her parents would think that she was going to study. He friends would bring sports clothes and shoes for her, and she’d change so that she could go play. She couldn’t be stopped. One year later, her parents were very proud, when they saw her on television wearing the Burkina Faso national team’s jersey.” 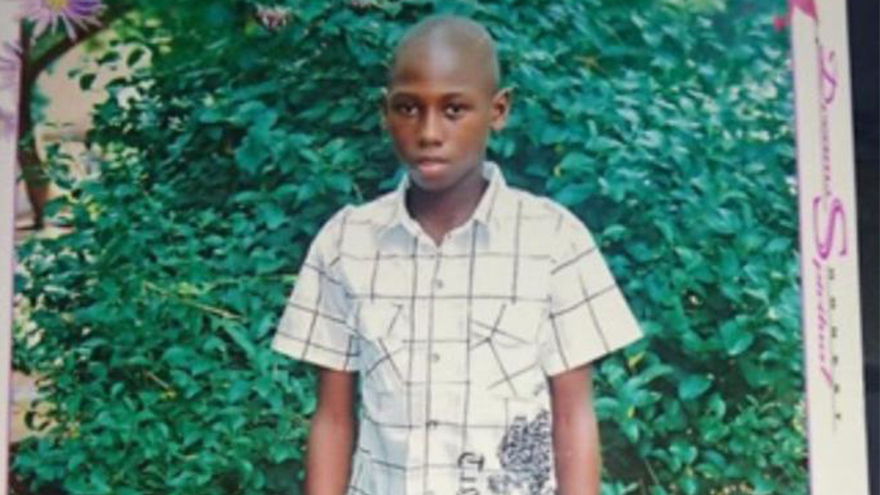 Holy football boots
“Haha, this photo…believe it or not, I used to look good wearing this style of clothes. I lived with my mother until the age of 7, after that she moved to France to play football and I went to live with my father. My mother often sent me balls, socks and jerseys."

"But one time, I received football boots from Paris. Before I knew it, the entire neighborhood was in my house to see these boots. I left them in the box and didn’t use them, because I was the only one who had football boots. After everyone had seen them, I put them safely next to my bed.  When I woke up, I would look at them, first thing. These boots were holy for me.” “We always used to play football in the street in front of a friend’s house. The people in the neighborhood used to tell us that we should go to the football club, but we kept playing on the street.  We made goal posts with shoes and played on bare feet. When I was 10 I went to Rahim Ouédraogo’s academy, but we played on bare feet there too."

"I was a midfielder at first, but during one of our practice games, our regular centre forward was absent and the coach asked who could play in that position. I was on the bench and I raised my hand. After that, I wore number 2, at centre forward. We won by 4-1 and I scored 3 goals. Since then, I’ve been a centre forward.” Bertrand Traoré
“During that time, I was a technical dribbler and I tried to play like my idol, Ronaldinho. My body developed when I went to Ajax Cape Town when I was sixteen. After 1,5 years, I was able to do an internship at Ajax Amsterdam. Matthijs de Ligt was my direct opponent and he was so incredibly strong. He won every duel against me, and got the ball off me every time. I knew that I’d need to work hard on my strength to be successful in the Netherlands.”

“After training with Ajax 1, I stayed in the Hilton Hotel when I heard that Ajax was going to sign my cousin, Bertrand Traoré. Soon after, he arrived at the Hilton with his suitcase. That was a big coincidence. I congratulated him on the transfer and he congratulated me with my internship. After that, I told him I’d be back to play with him. That didn’t happen, unfortunately, but I did play with him on the national team.” 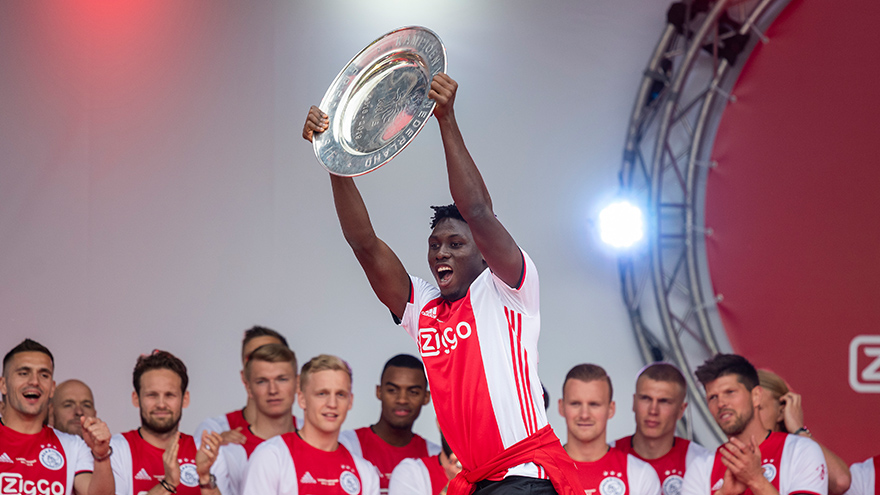 “I can remember being interviewed after the internship by Ajax TV.  I was asked what I wanted to achieve with Ajax. ‘I want to win the Eredivisie and Champions League with Ajax’, I said. Everyone laughed at me. But it almost happened last season! In my first 6 months…I was incredible to be a part of that. In my first months I couldn’t believe my eyes, but after that I realized: I’m here because I have something special, too. It’s up to me to show it.”