The second episode of the Ajax Podcast focuses on the UEFA Champions League group stage draw. On Thursday, our presenter David the Host together with co-host Eyong Enoh and former Ajax player Ronald de Boer looked at who Ajax was grouped with and then discussed our prospects against Liverpool, Atalanta and FC Midtjylland. We also asked for Jonathan Beck's opinion, football commentator of Sky Sports and Eredivisie expert Jonathan Beck

Of the three, Liverpool is the strong favourite on paper. “It'll be very difficult,” says De Boer in this episode of the Ajax Podcast. “Liverpool is playing very strongly in the Premier League right now. They have a lot of star players, are very mature and of course lifted the cup just a year and a half ago. It'll be a tremendous match for our youngsters to see where they stand. We have shown we can beat top teams lately.”

Philosophy Jürgen Klopp
Enoh shares De Boer's opinion. “I remember a Champions League match when Ajax played Dortmund. Klopp was the coach then. I have seen that the philosophy he used with Dortmund has also been brought to Liverpool.”

The men agree it is a great shame that the match will be played without spectators. De Boer: “If you're a supporter and have never been to Anfield, it would be a dream to see Ajax at work there.” As a Fulham player, Enoh faced the Reds himself and it made an impression. “The fans are unbelievable. It was not just the away match: even when we played at home at Craven Cottage, the Liverpool fans really were everywhere.” 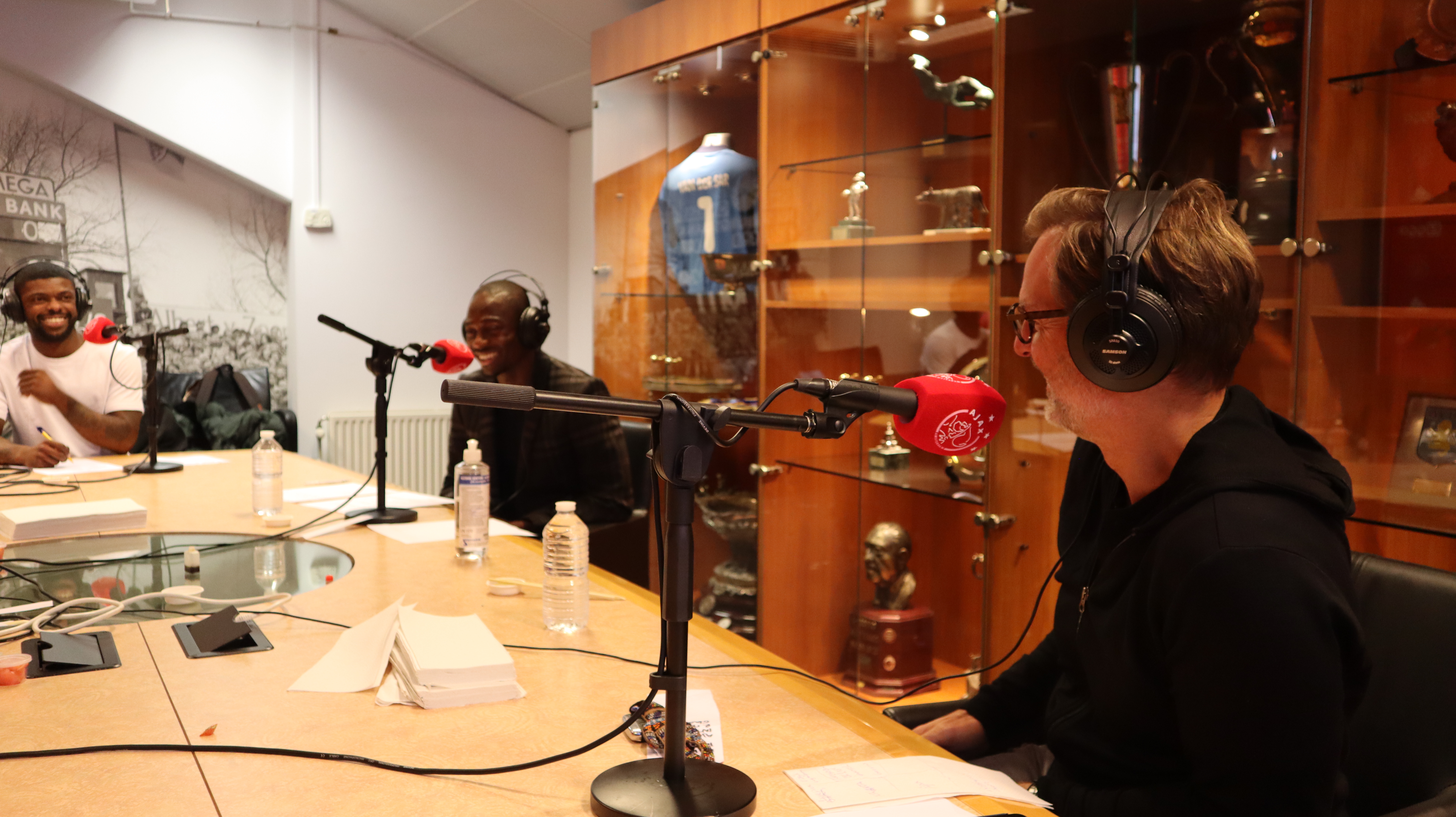 Further, Atalanta was grouped with the Ajax squad. Perhaps the strongest opponent that could have been drawn from pot 3. De Boer: “In a couple of years you'll probably say, 'oh, that kid played for Atalanta and now is at a top club.' The same thing happened with us in 1995. Last season Atalanta was very unlucky against PSG, and now they're playing very well again.”

Enoh mentioned Atalanta's attacking, Dutch influences. “The team is very aggressive on attack. They cover a lot of ground and score a lot of goals. They have a lot of Dutch players and it'll be great for them to play against Ajax.”

FC Midtjylland is the great unknown in pool D, but should absolutely not be underestimated. De Boer: “We know that Danish football has quality. So many Danish players have made their names in Europe via Ajax. Danish teams are always highly organised. You know they give 90 minutes of effort and focus.” But: “If you want to go through, you need to take 6 points against Midtjylland.”

The broadcast is now only available on JUKE and the Ajax channels, and will be on all the other podcast apps too as of Friday afternoon.

On JUKE, you can also listen back to the first episode of the Ajax Podcast. It features Dusan Tadic as a guest and there was a special surprise for the Ajax captain.