On this important day in Argentine history, we highlight the season that our Argentine duo has had by looking at their statistics. It was a season in which Nico Tagliafico and Lisandro Martínez won the KNVB Cup with Ajax in addition to claiming the Eredivisie title for the 35th time in the club’s history.

For a significant portion of the season, Tagliafico and Martínez played side-by-side in Ajax's back line. Just how did they contribute to the double-winning side? Where did the Argentinian duo excel?

Fighting spirit
In 25 Eredivisie matches, Nico Tagliafico regained possession from the opponents 199 times. His fellow countryman Lisandro Martínez did so 208 times in 26 league matches. In terms of the percentage of their defensive duels won, both defenders were equally outstanding. Martínez won 69% of his defensive duels Tagliafico did slightly better with 70%.

The Argentines also racked up a significant number of tackles over the course of the season. In the Eredivisie, Tagliafico made 33 tackles and Martínez added 18 more.

The pair are widely revered in the Netherlands for their excellent mentality, with which they add a unique quality to Ajax in contrast to the Dutch style. Trainer Erik ten Hag made it clear he is quite pleased with this attitude. "In South America - and Argentina in particular - players have the absolute will to win. This has to do with controlled emotion. Being able to introduce "grinta" is an important weapon." Passing
It is no surprise that Licha earned the nickname "Butcher Martínez.” Do not let the nickname fool you, though, as he is also excellent technically with terrific vision. His statistics on the ball are impressive, even slightly better than Tagliafico's.

Ajax is characterized by their attacking style of play and scored 132 goals in the 2020/2021 in all competitions. This style is based on the ability of the whole team to be involved in the play, as is evident from the South American duo’s passing statistics. 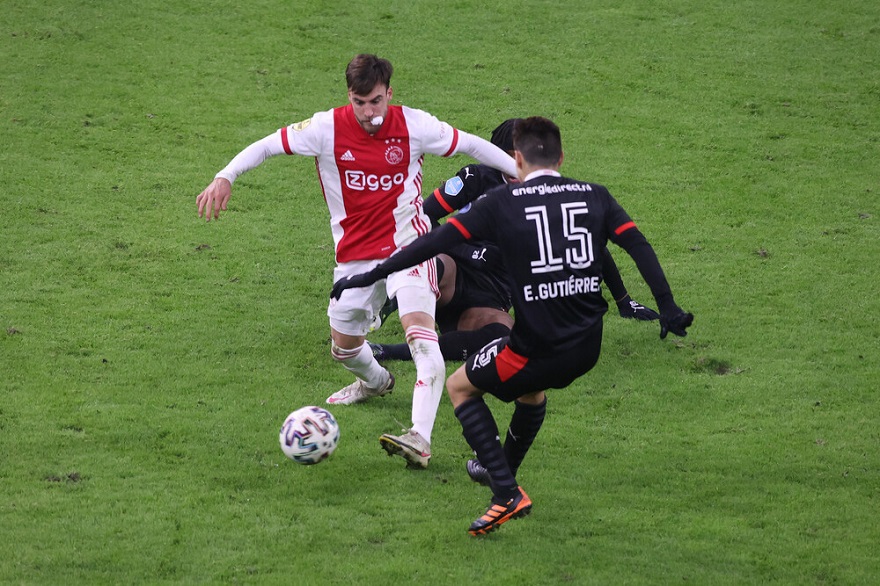 Attacking
In terms of goal involvements, the Argentines are identical. Both were directly involved in four goals. Tagliafico scored once, in the away game against PEC Zwolle, and provided three assists. Martínez, on the other hand, assisted only once, but put the ball in the net three times. He scored one of those goals in the final game of the season, against Vitesse.

In the Netherlands, these offensive contributions are highly valued. Defenders are also expected to contribute in attack. But Martínez and Tagliafico's grinta - which cannot always be summed up in numbers - turned out to be an eye-opener and one of the explanations for this season's success.

Antony and Neres talk about their friendship: 'We are always together'

Antony and David Neres' friendship are one of the closest as the players go really well along with each other. "Our bond is real. We are always together."

Ten Hag and his five trophies: 'I will not pat myself on the back'

Erik ten Hag won no less than five prizes as a trainer of Ajax in 3.5 years. Never before has he seen them all together, until now. At the end of the season, the trainer makes a tour of his two KNVB cups, two national titles and Johan Cruijff Shield.